The Things You Need to Know about Antioxidants 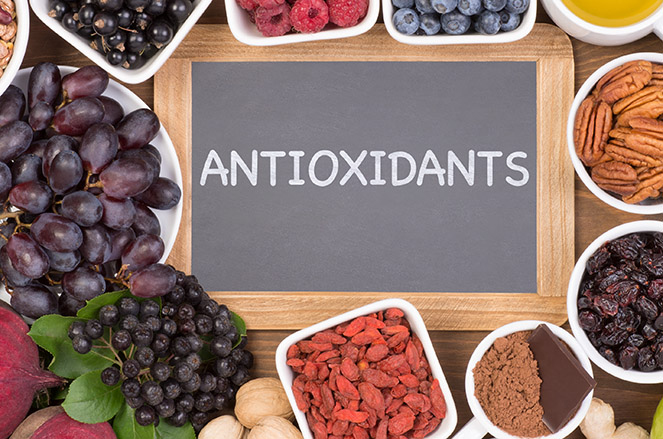 There has been much talk about antioxidants in the past 25 years. They were lauded as the miracle cure for aging and disease. On the other hand, the scientific community was somewhat skeptical towards their effectiveness in disease prevention and treatment, especially when it comes to man-made antioxidants. But what are these chemical compounds, and how useful are they for us?

Antioxidants are chemicals which, as their name says, prevent or reduce oxidation. Oxidation, on its part, is a normal process that takes place in our organism. When oxidized, a molecule loses either a hydrogen molecule or an electron. This can, in turn, produce a free radical, a molecule that has an uneven number of electrons, and which then tries to take an electron from another molecule, starting a chain reaction which can cause damage to the cells in our body. When antioxidants are present, they can prevent these reactions from happening. It is well established that some habits and circumstances boost the production of free radicals. Smoking and stress are some of them, as is working out.

The interest in antioxidants was initially caused by observational studies which concluded that people who eat antioxidant-rich foods tend to be in better health than those who don’t. Following that, a number of laboratory studies have confirmed that antioxidants do indeed stabilize free radicals. And while this was enough for some to declare them the miracle cure for everything, there was one thing that kept the scientific community on the fence.

For some time now, clinical trials of the effectiveness of antioxidants in disease prevention and treatment have been, at the least, inconsistent or inconclusive. There were studies that suggested that high-dose antioxidants may actually increase the risk of cancer in smokers, while other studies, also conducted on smokers using the same antioxidant, haven’t provided the same result. The only thing we know for certain antioxidants can help with, when taken as a supplement, is age-related eye disease.

Of course, explanations were offered for this inability to reproduce results from laboratory and observational trials in clinical trials. These include using the wrong antioxidant for the wrong disease, using too high quantities of antioxidants, and the fact that they might not perform as well when taken out of their natural context as a part of a larger nutritional complex, or what we call - food. So, if you want to supplement your antioxidant intake, make sure you choose natural products made from real food - like aronia berry concentrate, for example.

Stay Connected
|Contact Us  | |Where to Buy  | |Contests  | |COVID-19  | |Policies & Procedures  | |Shipping  | |Site Map  |
The statements made on this Web site have not been evaluated by the FDA. Nor have the products, which are not intended to diagnose, treat, cure, or prevent any disease.
Information accessible on this Site is for information only and is not intended to be a substitute for professional medical advice.
© 2010- Mae's Health and Wellness, LLC